Our actions to prevent and fight corruption and organised crime 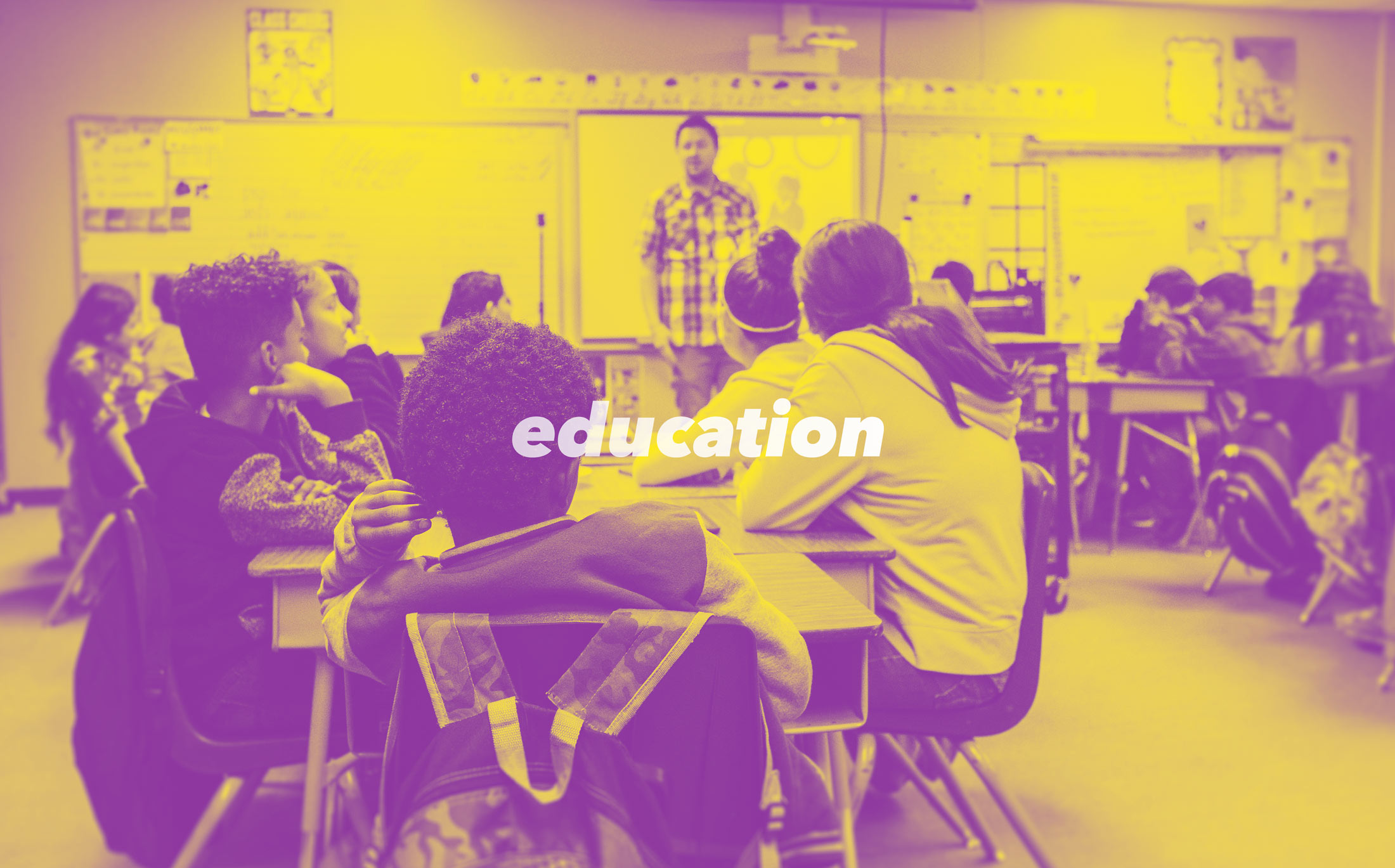 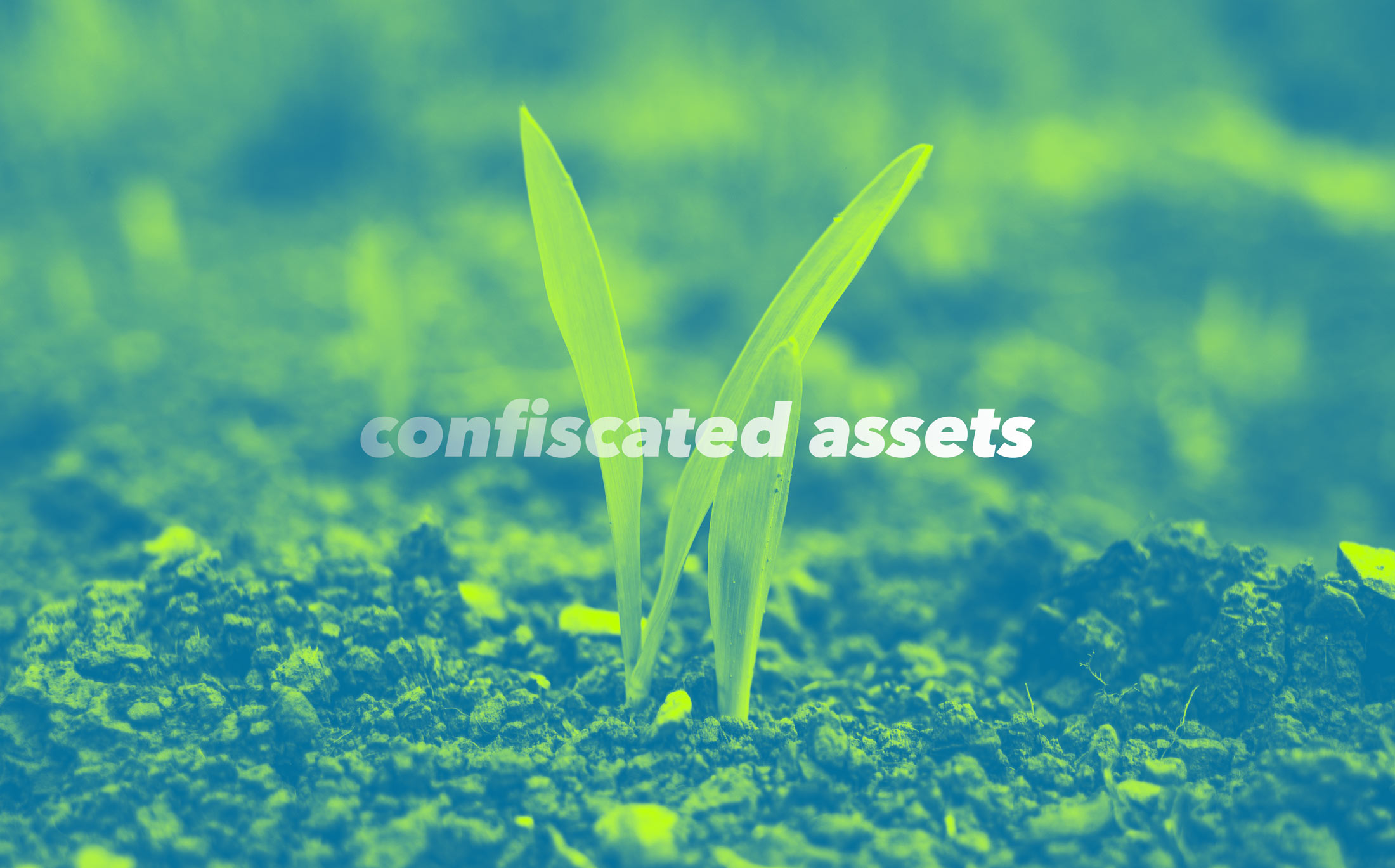 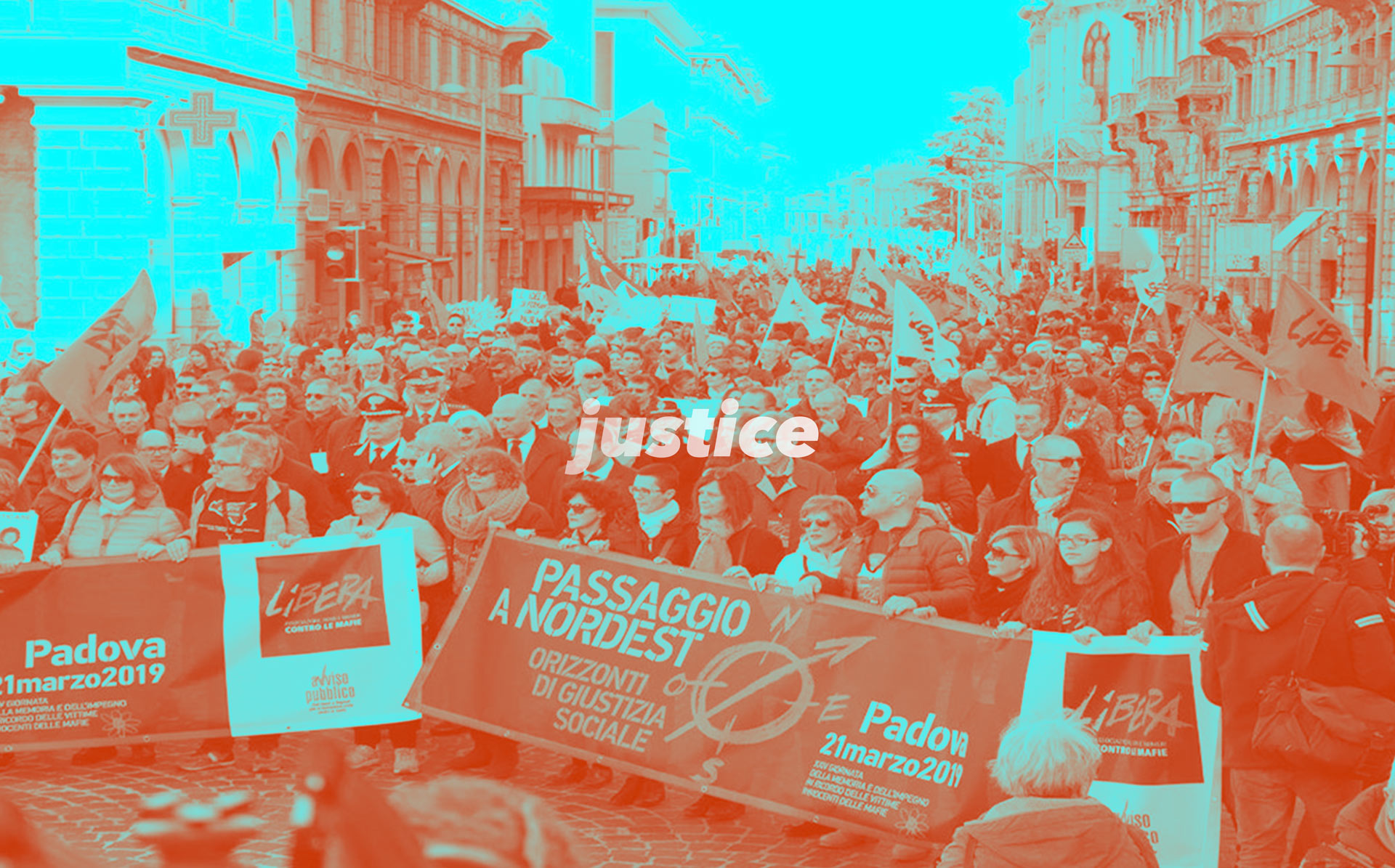 A commitment for social justice, for the Truth and for supporting victims of organised crime and their families 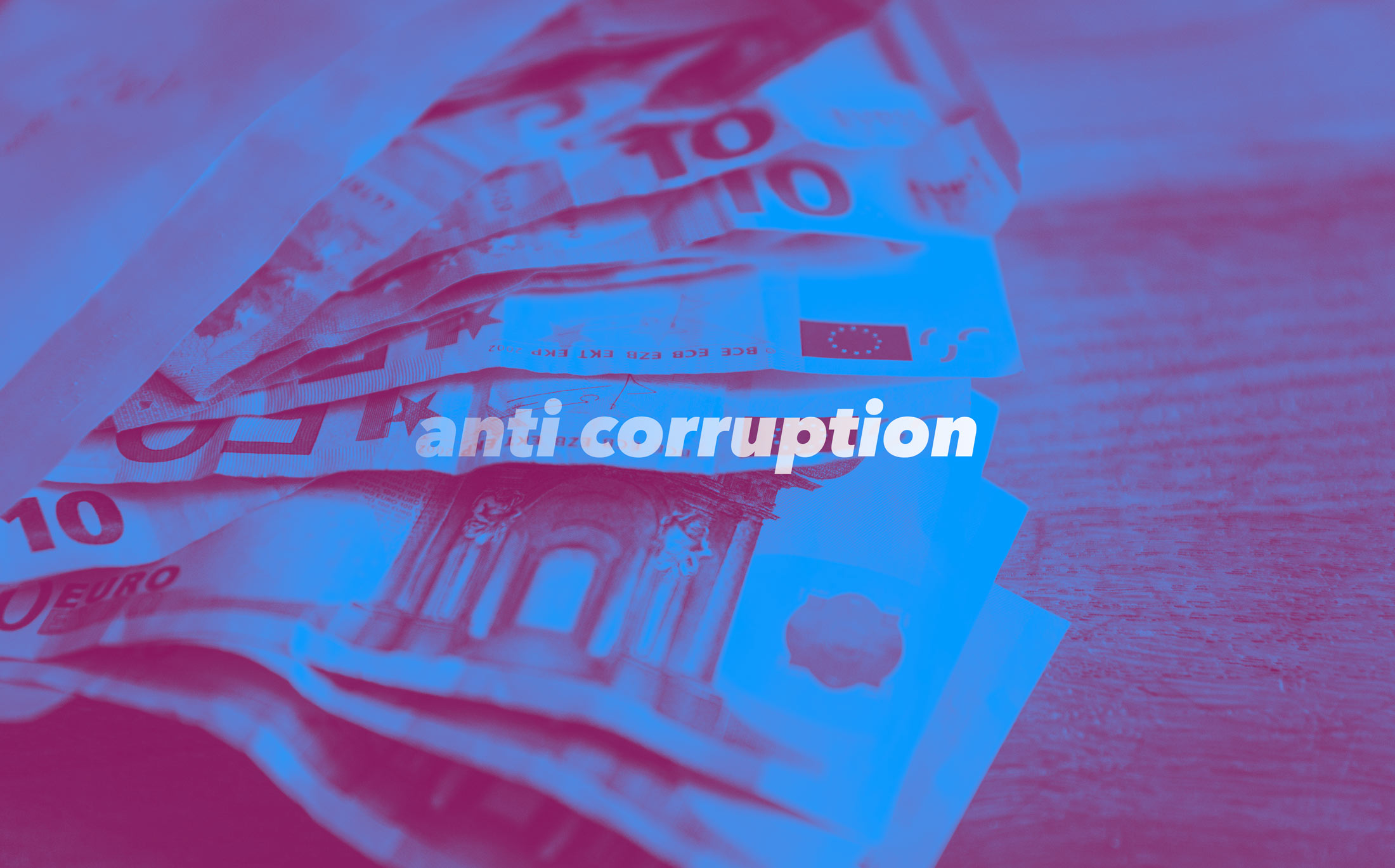 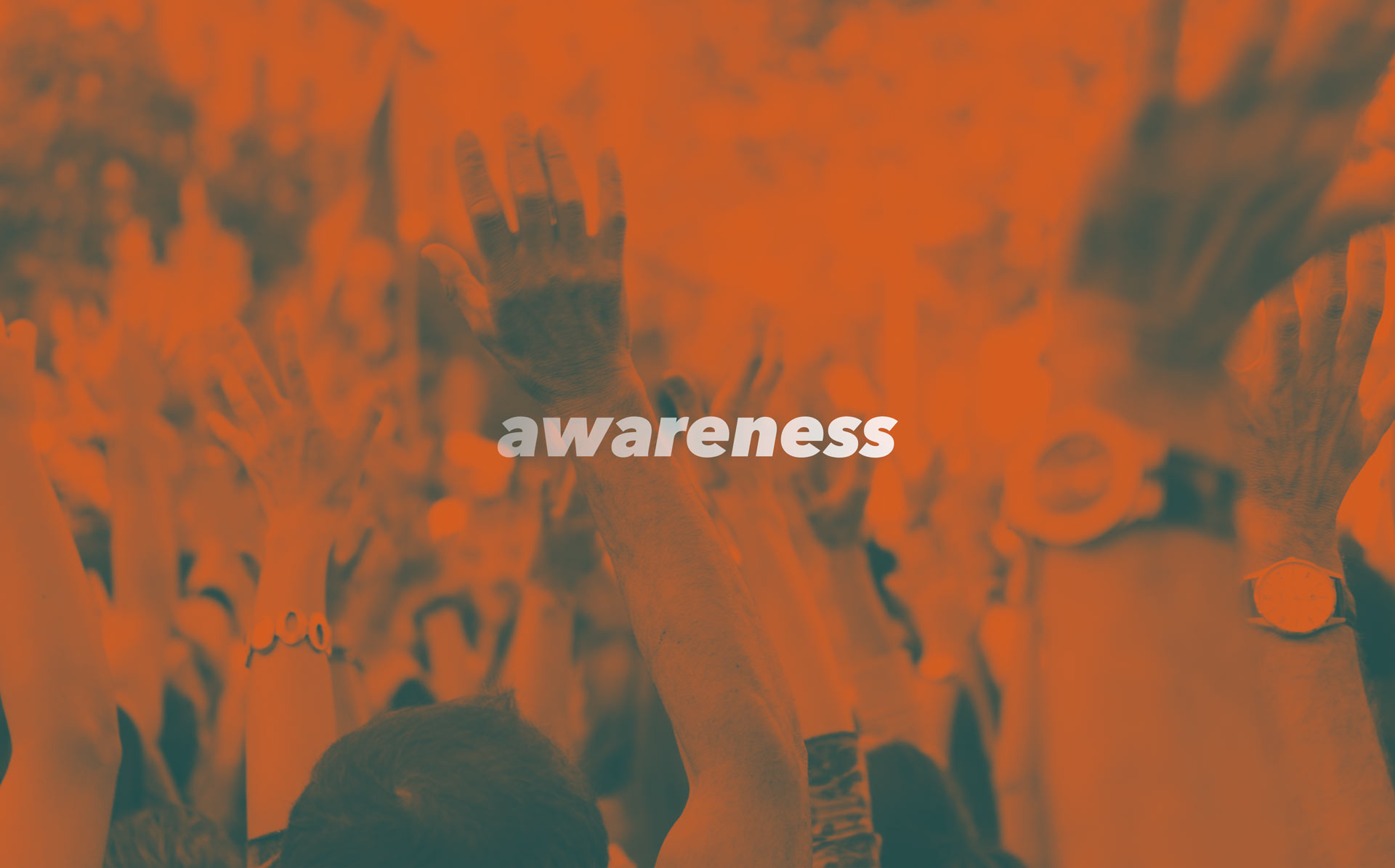 To deepen and to increase the knowledge on criminal networks and illicit trafficking activities, from traditional crime areas to the most innovative ones 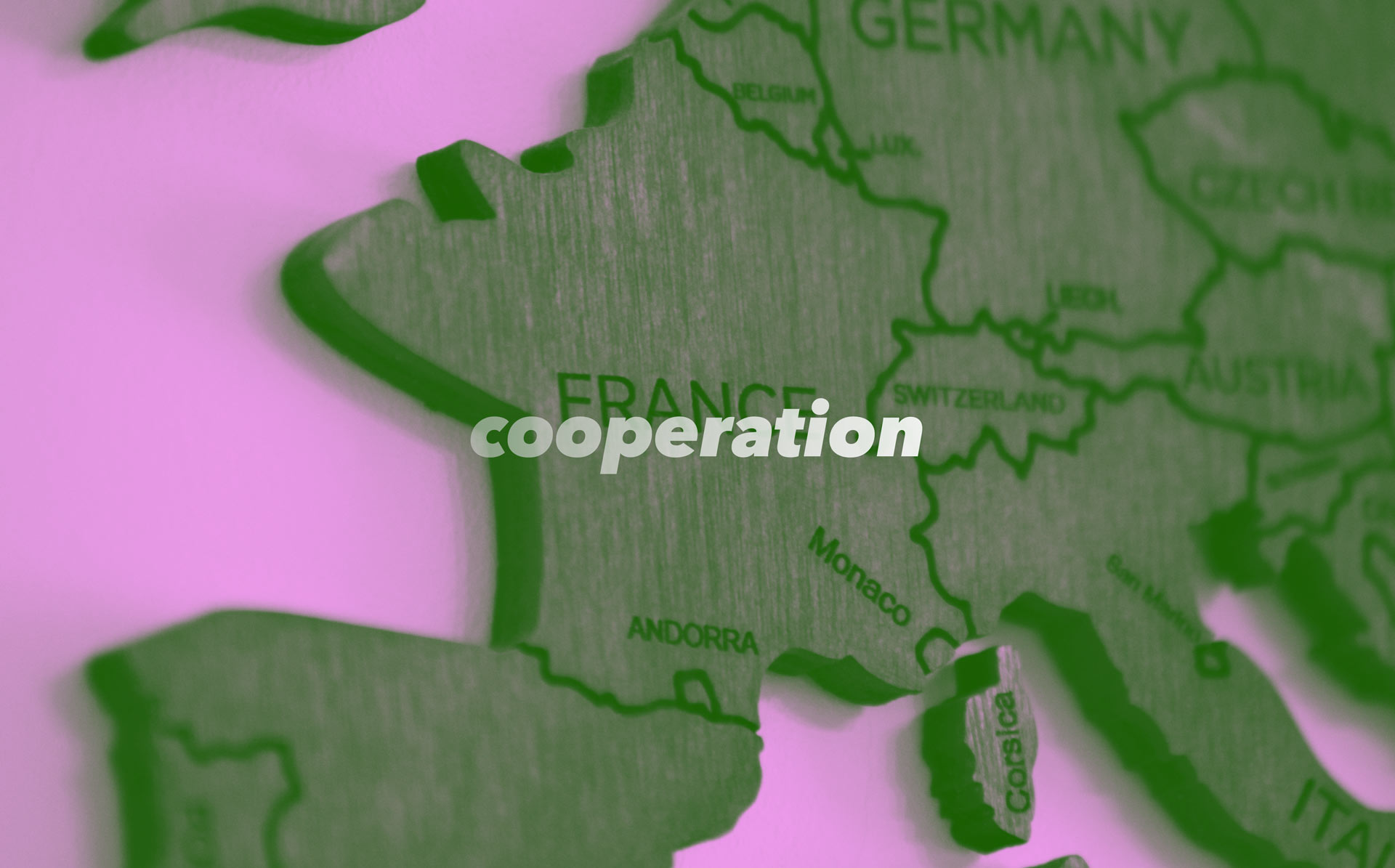 Why CHANCE? And why now?

The CHANCE network wants to raise awareness on how important it is to vigorously combat organised crime and corruption together.  The SOCTA Europol analysis (SOCTA 2017) shows that there are five thousand criminal organisations currently under investigation in Europe. Worse, at least half are active in more than one criminal sector. The European black market is worth approximately 110 billion euros, equal to about 1% of the EU GDP. Only 1.1% of black market profits are currently seized (Europol data, 2016). With this information in mind, it is clear that new, more advanced and effective measures must be urgently implemented. The current situation requires an ever greater focus on the fight against organised crime and corruption. Indeed, the cycle of EU policies against organised crime (Fighting organised crime – EU strategy for 2021-25), promoted by the European Union in the fight against criminal threats on a continental scale, underlines the need to strengthen cooperation between Member States, European Institutions and Agencies as corruption is ubiquitous amongst serious and organised crime groups in Europe, with two thirds of such groups using corruptive tactics on a regular basis (SOCTA 2021). Alongside corruptive tactics, 60% of the active criminal networks in the EU utilise violence to carry out their criminal businesses and activities (SOCTA 2021).

It is also clear that organised crime has profited from the COVID-19 crisis. An example that illustrates this phenomenon is the use of intimidation by gang members to enforce lockdowns or to gain privileges (in terms of access to health or produce or else) over others in their community. Additionally, since the demand and therefore trade of drugs is spiking, organised crime groups have more business and are incurring further profits. Since there is little research about this new and ever-evolving topic, we cannot predict exactly how COVID-19 affects organised crime. However, we do know that if there is a way to profit from it illegally and immorally, organised crime groups will do so.

(from Organised Crime and the Coronavirus: A Research Agenda by A. Sergi)

It is exceptionally troubling, then, that despite this context, the issue of organised crime continues to be underestimated at the European level; the increasingly evident harm it is causing only highlights that despite existing countermeasures, individual criminals, criminal groups, and the ‘grey zone’ of organizations which work to undermine civil liberties are still able to quickly identify and take advantage of new exploitative opportunities. Often, however, social tolerance, either as a result of intimidation or a lack of awareness, allows for the continued operation of organised crime. With this in mind, we strongly believe that our network’s diversity of perspectives makes CHANCE uniquely situated to combat organised crime. We are not a single acting body, but a transnational network of activists, associations and informal movements that are united in our commitment to anti-mafia and anti-corruption work.  CHANCE is therefore inherently founded on the belief that organised crime is not an isolated issue and that it can only be effectively dismantled through collaboration and cooperation. There exists in our network a wide range of organizations and individuals and a wide range of strengths.  Some individuals can lend their legal expertise, for example, to provide victims of organised crime with protection in court, while others can use their experience in education to introduce anti-corruption coursework in classrooms.  The combined knowledge and efforts of our members and partners yield a more fully-rounded understanding of why organised crime exists and how it operates.  From that, we work together in collaboration with institutions to be capable of combating organised crime, and at the same time, create social prevention pathways to keep organised crime from gaining power.

How did we choose our priorities?

Drawing from the CHANCE political agenda, which was constructed by all members, we have decided to focus on the topics of the agenda that we believe are “priorities” in the prevention of serious and organised crime.  Therefore, the priorities which we are concentrated on are:

For more specific information about our priorities and how CHANCE is making an impact in those areas, visit our “Who We Are” page.

How do you define organised crime?

There is no single definition of organised crime because organised crime is constantly changing and adapting to continue to hold power.  The current internationally-shared definition of an organised criminal group as “a group of three or more persons existing over a period of time acting in concert with the aim of committing crimes for financial or material benefit” (Palermo ONU Convention, 2000); however, it does not fully reflect the variety of criminal organisations that actually exist.  In its 2017 SOCTA report, Europol speaks more broadly about “Serious and organised crime” to underline the importance of identifying and condemning individuals and groups which may not adhere to the structure or scale of our typical conception of organised criminal groups, but which nevertheless pose a serious threat to the communities they affect. In 2021, Europol adds that “corruption is a feature of most, if not all, criminal activities in the EU. It takes place at all levels of society and can range from petty bribery to complex multi-million-euro corruption schemes”. The first item that is called for on the CHANCE political agenda (found on the “Documents and Publications” page) is a new definition of Organised Crime that takes into account the recent developments in the operations of organised crime so that criminal organisations can be truly held accountable and victims can be protected under the law. Indeed there is a need to emphasise the importance of analysing both the internal organisational model (strong ties) and the standards for the incrimination of external relations, to which criminal importance must be attributed, to completely isolate the action of criminal associations.

What impact does organised crime have on communities?

Because organised crime is always changing and searching for new areas to infiltrate, it is difficult to measure a quantifiable impact.  However, organised crime has been shown to:

How is the CHANCE network structured? Is there a president?

CHANCE does not have a hierarchical structure with one single person overseeing its entire operation.  Rather, we are composed of individual member organizations and are unified by our dedication to anti-organised crime work.  It is then through collaboration among these members and with other supporters of CHANCE that our projects and efforts are realised.  We decided on this structure in 2016 when we first began building the network, taking into account the opinions of all of our members.  We also decided that there would be a coordinating group that changes periodically.  For more details on CHANCE’s operation, visit the Strategic Plan on the “Documents and Publications” page.

How many organisations are a part of CHANCE?

The number of organisations involved is always growing.  We currently have representatives from more than 10 countries, coming from both within the European Union and outside of it.  For more information on our members and partners, visit our “Who We Are” page.

What is the difference between Members, Partners and Alliances?

Currently, we have defined:

Members as associations that are a part of CHANCE and are directly involved in its operation.

Partners as organisations and individuals that support CHANCE but do not have a direct hand in the decision-making process.

Alliances as organisations or institutions with which CHANCE cooperates on specific issues.

I am part of a civil society organisation. How do I become a member of CHANCE?

If you are a civil society organisation, an activist, or an informal organisation of young people and would like to join CHANCE, you can contact info@chance.international and send us a statement of intent.

I support what CHANCE stands for. How can I contribute further?

If you’d like to help through volunteer work, you can contact one of the CHANCE members in your country.  But even if you are unable to attend CHANCE-lead events or become part of one of our member organisations, you can still contribute to the fight against organised crime.  Staying informed, visiting the projects affiliated with CHANCE and contributing to them individually, contacting one of the CHANCE members in your country, or establishing an anti-organised crime and anti-corruption group in your area (if it is safe to do so) to raise awareness in your community are all impactful ways to make your voice heard and offer your support for CHANCE’s vision.

CHANCE is an informal network, not a registered organisation, so we do not have a system to accept donations. However, if you want to make a donation, you can contact one of the members of CHANCE and make a donation directly to a member organisation.

How can I find a local member of the CHANCE network?

You can find an interactive map with all of our members on our “Who We Are” page.  If you are unable to find a member near you, you can also contact info@chance.international.

Do you want to know more about CHANCE?